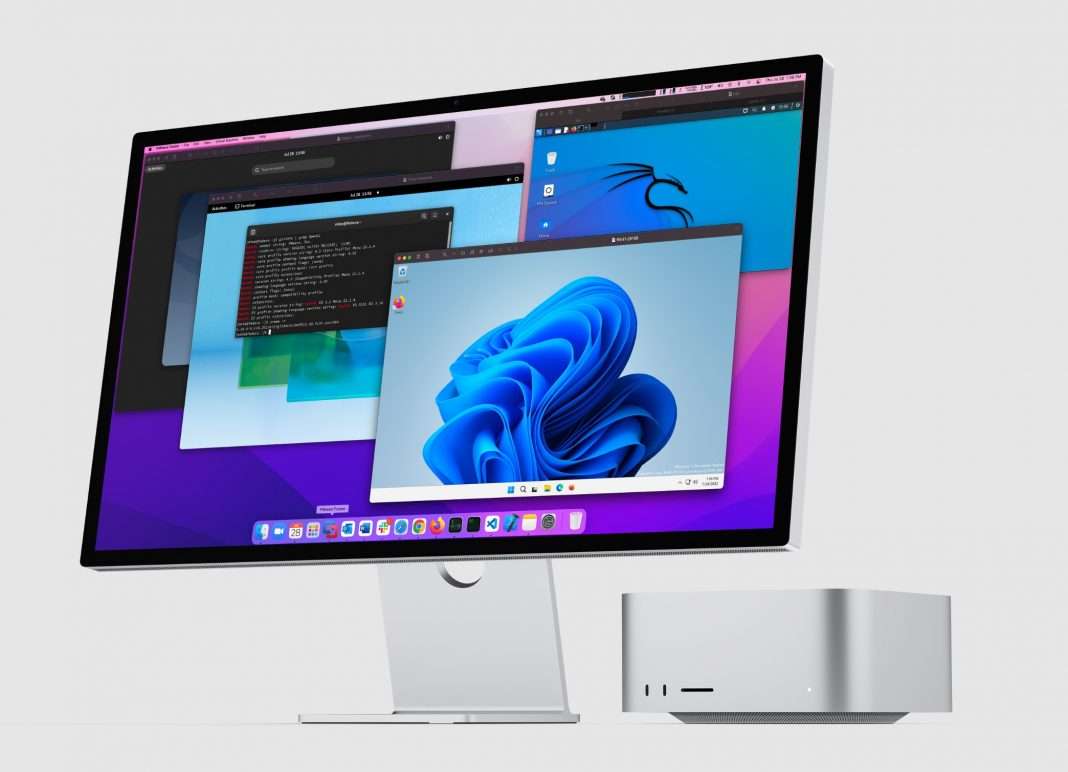 VMware has announced that VMware Fusion 22H2 now available as a Tech Preview on the Mac.

The update brings the following support and features:

See below for more details:

Windows 11 virtual machines are now supported on Fusion, for both Intel and Apple silicon Macs. Many new enhancements and capabilities came together to bring Windows 11 to the Mac desktop with Fusion, and while they were designed with Windows 11 in mind, the tools can be used for other VMs as well.

In order to support Windows 11 requirements, a Trusted Platform Module is required. With this release, VMware has enhanced their Virtual TPM module by incorporating ‘Fast Encryption’, key auto-gen and key storage via Keychain with a TPM 2.0 virtual device profile that is compatible with Windows 11 system requirements. Of course, vTPM device can be added to any VM, but that VM must have either Full or Fast VM encryption enabled.

With the new ‘fast encryption’ mode, only the most critical parts of the virtual machine’s local storage space are encrypted, dramatically improving overall VM performance but providing a secure enclave for sensitive data such as a TPM device. Fast Encryption can be enabled for all VM types from the VM Settings. > Encryption window, or during the New VM walkthrough.

To enhance the new fast encryption model, Fusion can auto-generate a password for the user, and the local keychain is used by default to store the encryption key, relieving the user from having to type it in whenever their VM boots.

To deliver Windows 11 looking as good as it can, VMwareare shipping an early version of their graphics drivers. This WDDM driver allows users to adjust the display setting within Windows to deliver 4K and higher resolutions.

While Windows does not yet ship with their vmxnet3 networking driver for Windows on ARM as it now does for Intel, the VMware Tools ISO on ARM contains the 2 currently supported drivers for graphics and networking.

Working with the communities of various operating systems and open source open-source projects such as Mesa, Linux, as well as their own open-vm-tools, VWware has made many enhancements to the Linux on Apple silicon experience. Patches have been upstreamed to address a variety of kernel-related issues, as well as enhancements to the Mesa SVGA graphics driver to bring 3D hardware acceleration and OpenGL 4.3 + GLES 3.1 support to Linux VMs with Mesa 22.1.1 and later. (note: 3D and OpenGL 4.3 requires 5.19 kernel and Mesa 22.1.1 or greater).

Out of the box now for many bleeding-edge or rolling-release Linux distributions, changes to the open source vmwgfx device drivers which made their way into Linux 5.14 and later provide a smooth ‘vm-driving’ experience while allowing users to change the resolution within the guest.

Open-VM-Tools v12.0.5 in concert with this release now provides the auto-fit guest resolution feature. Users can drag the corner of the VM display window and the guest will automatically adjust the resolution in distributions like Debian Bookworm/Testing or Sid, and Fedora 37/Rawhide. Likewise, the resolution can be set from the View > Resize Virtual Machine menu.

With the 22H2 update to the Tech Preview, VMware is delivering a single .dmg to install Fusion on both Apple Silicon as well as Intel Macs. Organizations that deploy Fusion en-masse can use the same asset for the existing as well as the new Macs that are brought under management, and likewise users downloading from vmware.com don’t need to worry about finding the version with the right architecture for their Mac.

There were several bugs that blocked successful booting of 5.15+ kernels. Working with the community VMware addressed issues in the Linux kernel, as well as in their own code to accommodate for the nuances of working with multiple architectures using a single code base. Distributions that have picked up those public changes, such Debian, Fedora and Kali, successfully boot and provide a delightful experience when combined with their latest graphics drivers, Mesa library patches and open-vm-tools.

The latest release is still a work in progress, particularly on Apple silicon Macs. As such, there are some known limitations that users frequently ask about, such as: