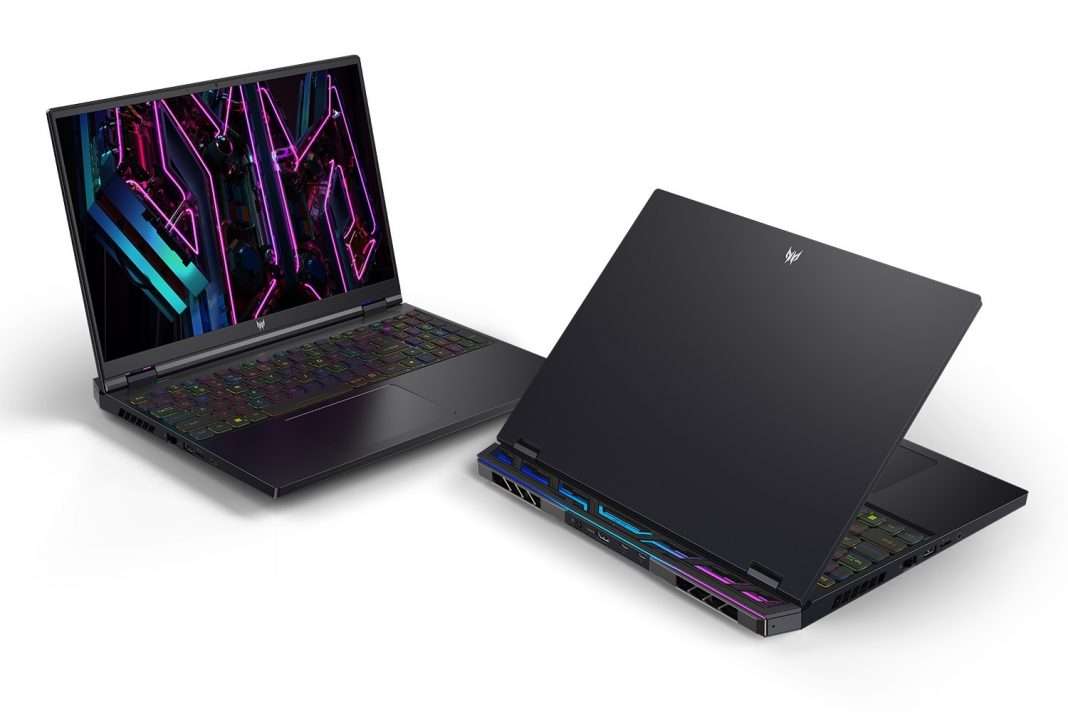 Acer has released new models of its ultraportable Swift Go line at CES 2023, featuring the Swift Go 16 and Swift Go 14. Both laptops have OLED displays with a high refresh rate, peak brightness of 500 nits, and a wide color range that is certified by VESA DisplayHDR True Black 500. These displays are also certified by TÜV Rheinland Eyesafe, making them suitable for long hours of use. The laptops have a thin and light design, and are equipped with 13th generation Intel Core processors, as well as a range of ports including USB Type-C with Thunderbolt 4 and HDMI 2.1, as well as a MicroSD card reader. They are also equipped with fast and reliable Wi-Fi 6E, and have a long battery life of more than 9.5 hours. In addition, the laptops have an upgraded TwinAir dual fan system and dual D6 copper heat pipes to help keep them cool and boost performance and reliability. Acer has also released new gaming laptops, the Predator Helios 16 and 18, at CES 2023. Both laptops are equipped with the latest 13th generation Intel Core mobile processors and NVIDIA GeForce RTX 40 Series GPUs, making them Acer’s most powerful gaming laptops to date. They feature a new design with a simplified matte black chassis and thinner bezels, and are capable of ultra-efficient multitasking and immersive entertainment. The laptops come with up to 32 GB DDR5-4800 MHz RAM and up to 2 TB PCIe Gen4 NVMe SSD in RAID 0, allowing them to run demanding AAA games. They also include ray tracing, high-quality frames with DLSS 3, and Reflex’s optimized system latency, as well as enhanced thermal solutions with dual custom-engineered 5th Gen AeroBlade 3D metal fans and vector heat pipes. Acer has also introduced refreshed models of its all-in-one Aspire S Series, which come in both 27-inch and 32-inch models. These PCs have minimalist yet modern designs, and are equipped with sharp, near-borderless WQHD displays and dual speakers with DTS Surround sound audio. They also have an ergonomic tiltable display and a range of webcam options, including a magnetically mounted 1080p FHD webcam and an optional 1440p QHD webcam with a ring light accessory. The PCs also include Acer EyeSense facial recognition software and Windows Hello fingerprint recognition for secure login. They are suitable for both work and home use, and are capable of handling a range of tasks including video calls, content creation, and entertainment. Find out more about these and other Acer announcements at CES 2023.