Passkeys are a significantly safer replacement for passwords and other phishable authentication factors. They cannot be reused, don’t leak in server breaches, and protect users from phishing attacks. Passkeys are built on industry standards, can work across different operating systems and browser ecosystems, and can be used with both websites and apps.

Google has been testing passkey support in Chrome Canary since October and now the feature has graduated to Chrome Stable M108.

You can use passkeys to sign into sites and apps that support them. Signing in with a passkey will require you to authenticate yourself in the same way that you unlock a device.

With the latest version of Chrome, Google is enabling passkeys on Windows 11, macOS, and Android. On Android your passkeys will be securely synced through Google Password Manager or, in future versions of Android, any other password manager that supports passkeys.

Once you have a passkey saved on your device it can show up in autofill when you’re signing in to help you be more secure.

On a desktop device you can also choose to use a passkey from your nearby mobile device and, since passkeys are built on industry standards, you can use either an Android or iOS device.

A passkey doesn’t leave your mobile device when signing in like this. Only a securely generated code is exchanged with the site so, unlike a password, there’s nothing that could be leaked.

To give you control over your passkeys, from Chrome M108 you will be able to manage your passkeys from within Chrome on Windows and macOS. 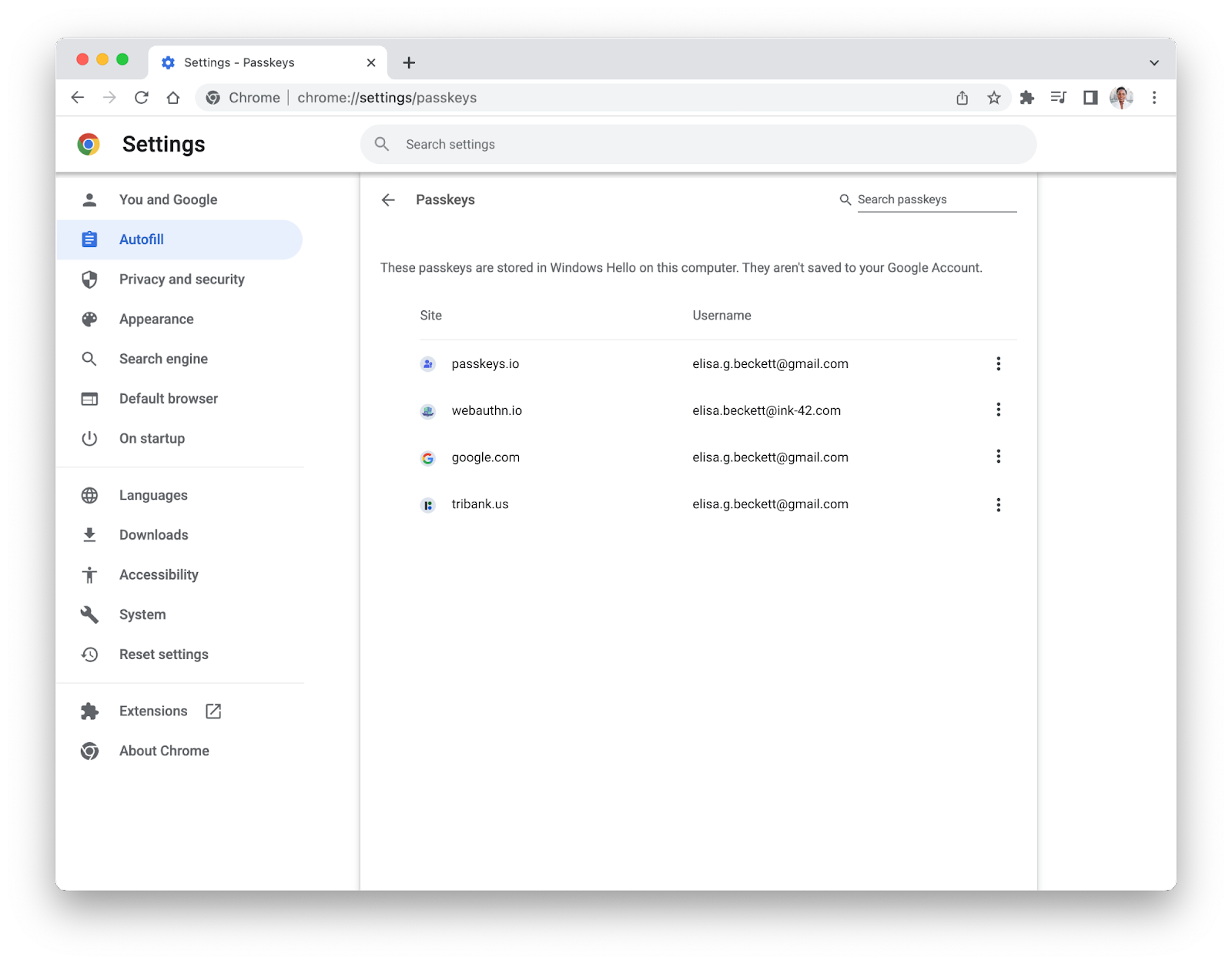 For passkeys to work, developers need to build passkey support on their sites using the WebAuthn API. Google has been working with others in the industry, especially Apple and Microsoft, members within the FIDO Alliance and the W3C to drive secure authentication standards for years.

It will however take time for this technology to be widely adopted across sites and in the mean time Google will remain dedicated to making conventional sign-ins safer and easier through Google Password Manager.