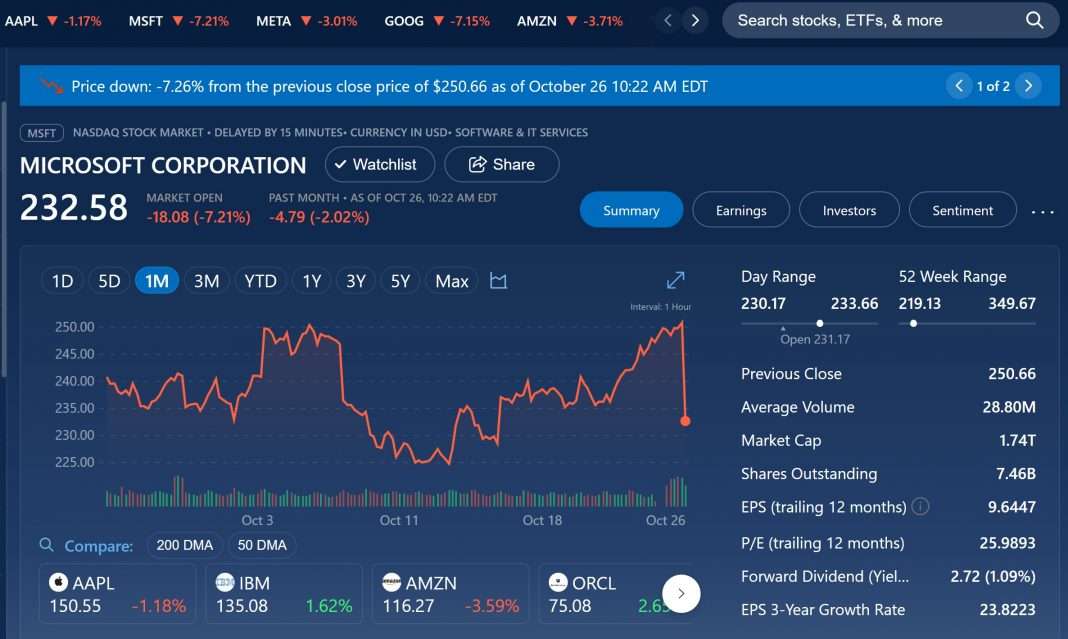 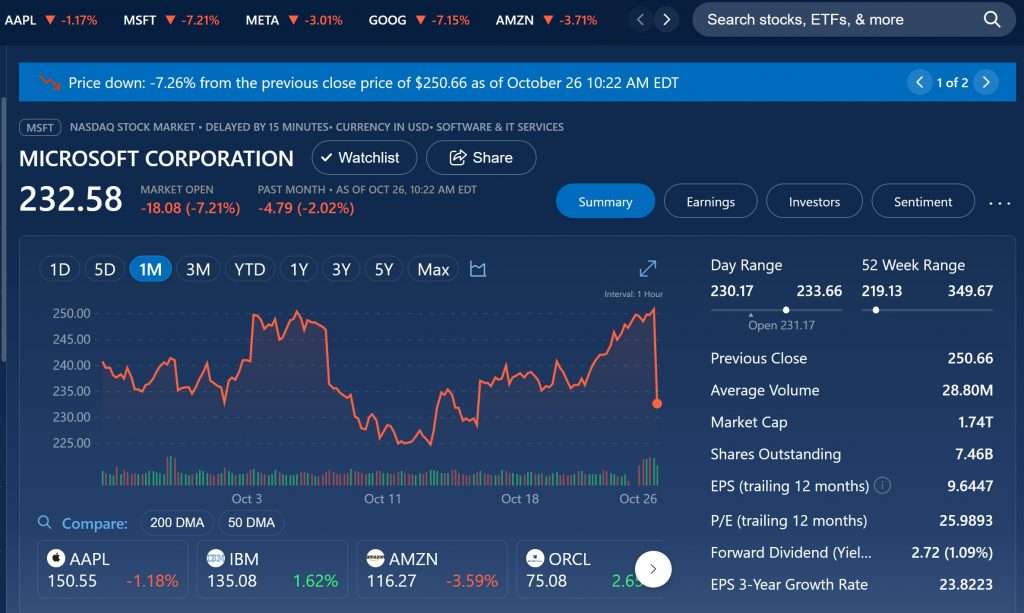 Microsoft yesterday announced the quarterly results for the quarter ended September 30, 2022. Microsoft reported revenue of $50.1 billion and operating income of $21.5 billion. Both the numbers were better than analysts’ expectations. However, Microsoft stock is down about 7% today due to the guidance provided by Microsoft during the earnings call. Investors were worried about Azure business since Microsoft expects Azure revenue growth to be sequentially lower by roughly 5 points on a constant currency basis in the next quarter. Find the full guidance details provided by Microsoft.

Ruth Porat, CFO Alphabet and Google, said the following during the earnings call:

Along with Microsoft and Google, even Amazon stock was down 4% since the market is expecting them to post less than expected numbers.