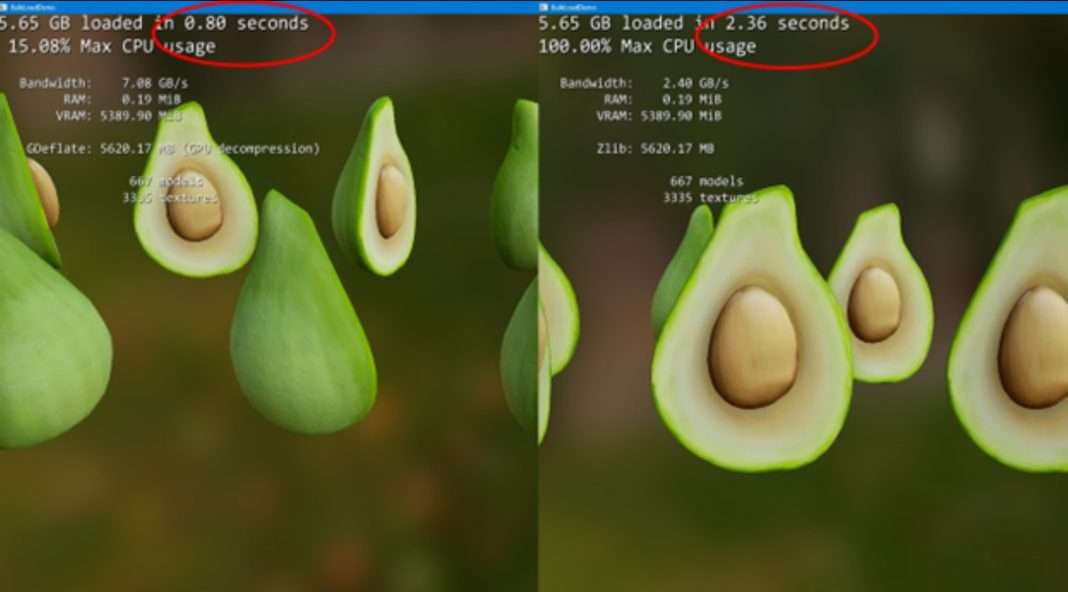 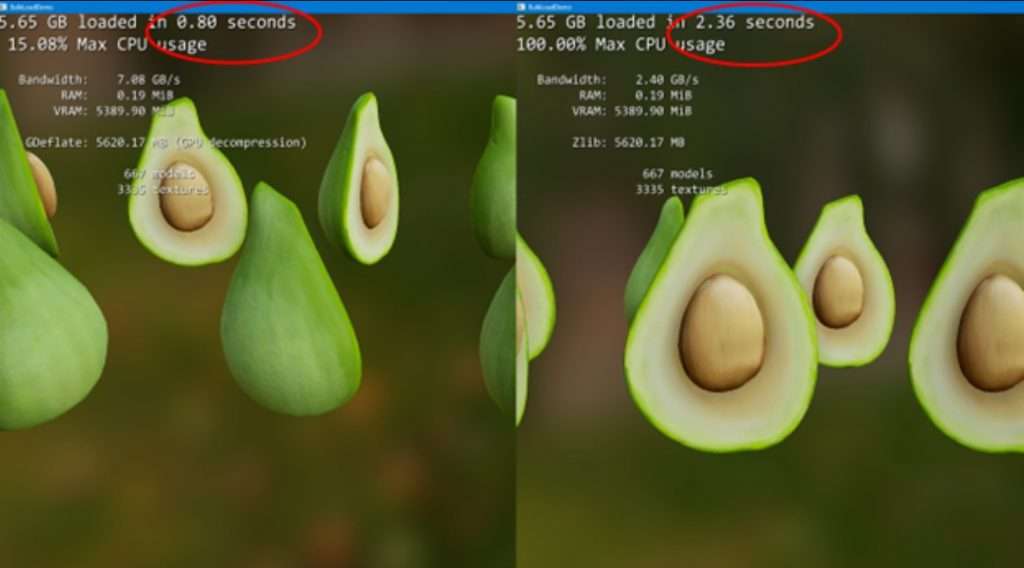 To load assets during gaming, decompression will be done. In general, this decompression task will happen on the CPU because compression formats are optimized for CPUs only. With DirectStorage 1.1, decompression of those assets will be done using GPU. With the bandwidth of a high-speed NVMe drive and the ability of GPUs, asset loading time can be reduced drastically. Microsoft claims that some scenes are loading nearly 3x faster with GPU decompression and the CPU is almost entirely freed up for other game processes.

You can find the DirectStorage 1.1. requirements below:

OS: DirectStorage games will work on both Windows 10 and Windows 11, but there are additional optimizations in the IO stack available to Windows 11 users, so that is our recommended choice for the best improvements. Games running on both Windows 10 and Windows 11 will see gains from an efficient GPU decompression implementation, as the key component to this feature is moving the workload from the CPU to the GPU rather than changes to the OS itself.

Storage Device: DirectStorage enabled games will work on all devices. You’ll need an NVMe SSD, where the bandwidth capabilities are much higher and the storage media itself is faster, to see the significant improvements of DirectStorage. We highly recommend ensuring your game files are saved to an NVMe to get the best gaming experience.

GPU: Any DirectX 12 capable GPU that supports Shader Model 6.0 will be able to take advantage of the new feature, we recommend a DX12 Ultimate capable card.

For developers, API specifics and documentation will be available in the coming months.