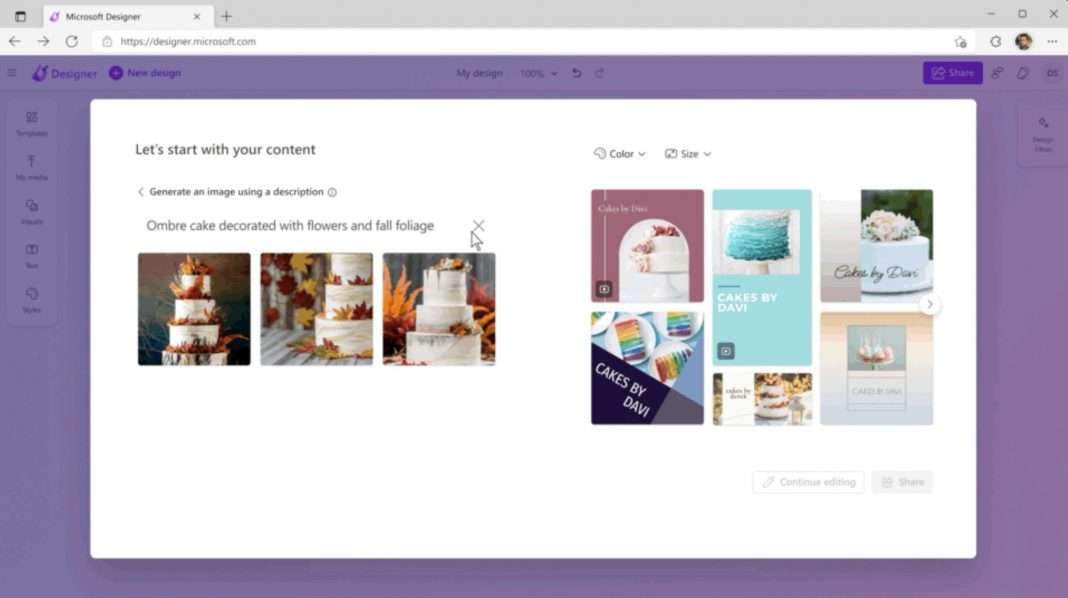 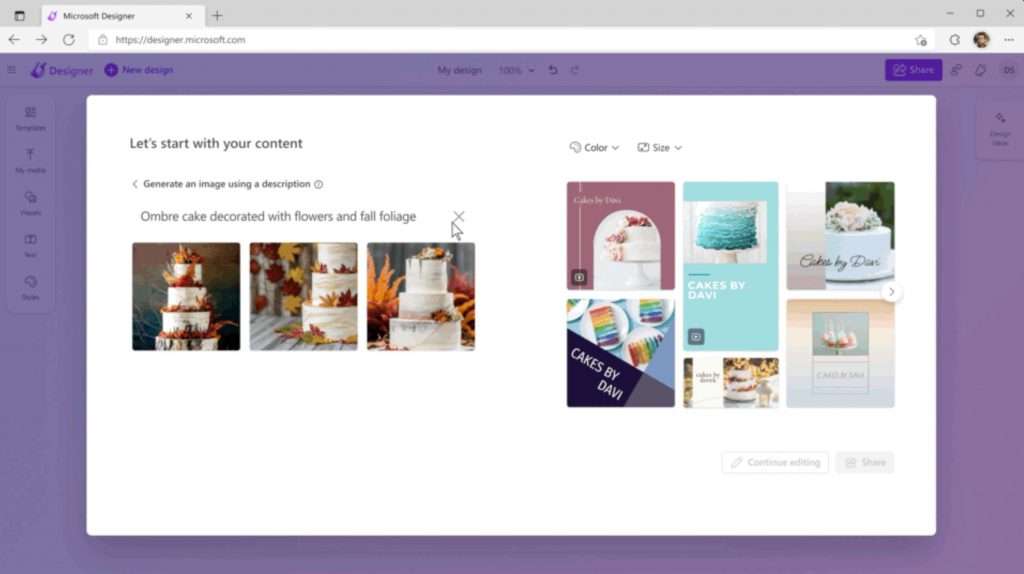 Along with the new Surface devices, Microsoft today announced Microsoft Designer, a graphic design app in Microsoft 365 that will allow users to easily create social media posts, invitations, digital postcards, graphics, and more. Since Microsoft Designer is powered by AI technology including DALL∙E 2 by OpenAI, users can generate various designs with much less effort when compared to other tools.

The current graphic design tools on the market allow you to create designs from scratch or you need to search through thousands of pre-made templates. Microsoft Designer ‘start from scratch’ feature allows you to just describe an image you want to see, and the app creates something unique using the power of AI. If you add more content like images or text, the ’design ideas’ feature can automatically integrate the content within the design in a single click. Once you are satisfied with your designs, you directly publish to social media platforms.

The Microsoft Designer app is born out of PowerPoint’s Designer feature which uses AI to make template suggestions when you create a presentation. Microsoft claims that more than eight billion slide designs have been saved by users with Designer in PowerPoint.

If you are interested in Microsoft Designer app, you can sign up for early access to the free web preview here. When the app becomes generally available, it will be available both as a free app and with more premium features available to Microsoft 365 Personal and Family subscribers.

Microsoft also has plans to integrate Designer into Microsoft Edge, delivering AI-powered design suggestions to visually enhance social media posts and other visual content without having to leave your browser window.