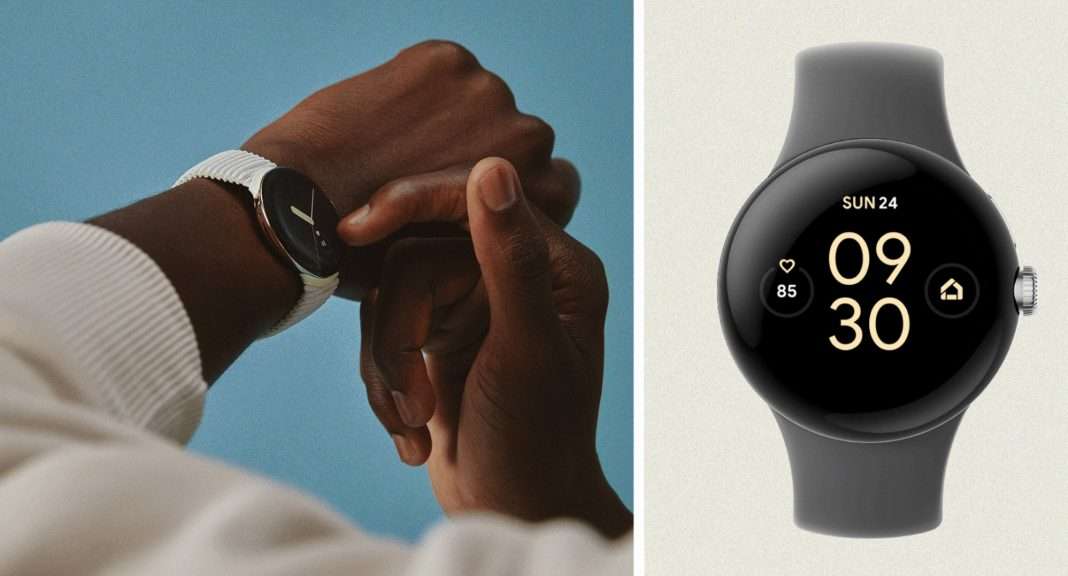 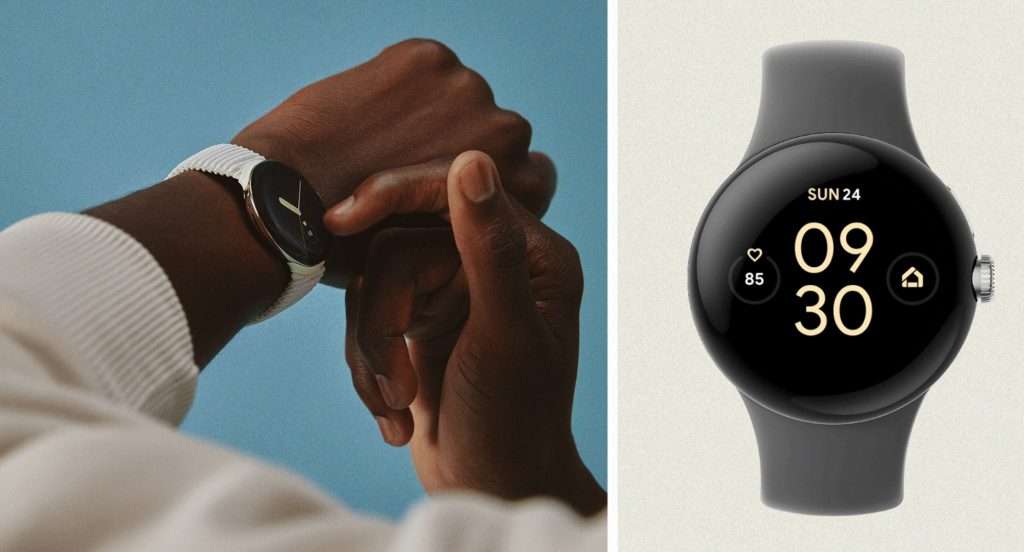 Along with the new Pixel 7 series smartphones, Google today announced the new Pixel Watch smartwatch with native Fitbit integration and an elegant design.

The Google Pixel Watch features a bold, circular 3D domed glass that blends seamlessly into the stainless-steel body. It is both water-resistant (up to 5 ATM/50 meters) and scratch resistant. There is a crown on that side that can be used to control on-screen scrolling, access shortcuts and more.

You can easily change the bands using the unique band attach mechanism. At launch, Google is offering 20 different band choices including classic or modern bands in woven, stretch, active and leather styles. Metal bands are coming later this year.

Similar to Apple Watch, Google Pixel Watch includes an Emergency SOS feature to alert emergency responders or trusted contacts when you’re in an emergency or feeling unsafe. Google also revealed that the upcoming Fall detection feature can sense if you’ve taken a hard fall, connecting you to emergency services if you’re unresponsive.

Google Pixel Watch also has deep integration with Fitbit to offer health and fitness features. There are 40 exercise modes, the ability to track distance with built-in GPS and Active Zone Minutes to help you push for that extra rep during workouts and more.

Google Pixel Watch will offer up to 24 hours of battery life with all-day continuous per second heart rate, and health and activity tracking. With fast charging, you can charge 50% of battery in just 30 minutes.