Facebook users have long complained that they have little control over what shows up in their Facebook feed, with the company often pushing content which enrages them rather than what makes them happy, all based on the engagement the content generates.

Today Facebook announced that users will finally be able to consciously signal to the company’s algorithm what kind of content they prefer.

Initially Facebook will only periodically show the option on posts in Feed. Soon, however , users will be able to choose to Show more or Show less on posts by tapping into the three-dot menu in the upper right-hand corner. The feature is also being tested in Reels.

Additionally, Facebook is continuing to explore ways to help users customize how much content they see in Feed from their friends and family, Groups, Pages and public figures they’re connected to. These tools — as well as Favorites, snooze and reconnect— can be found in Feed Preferences. 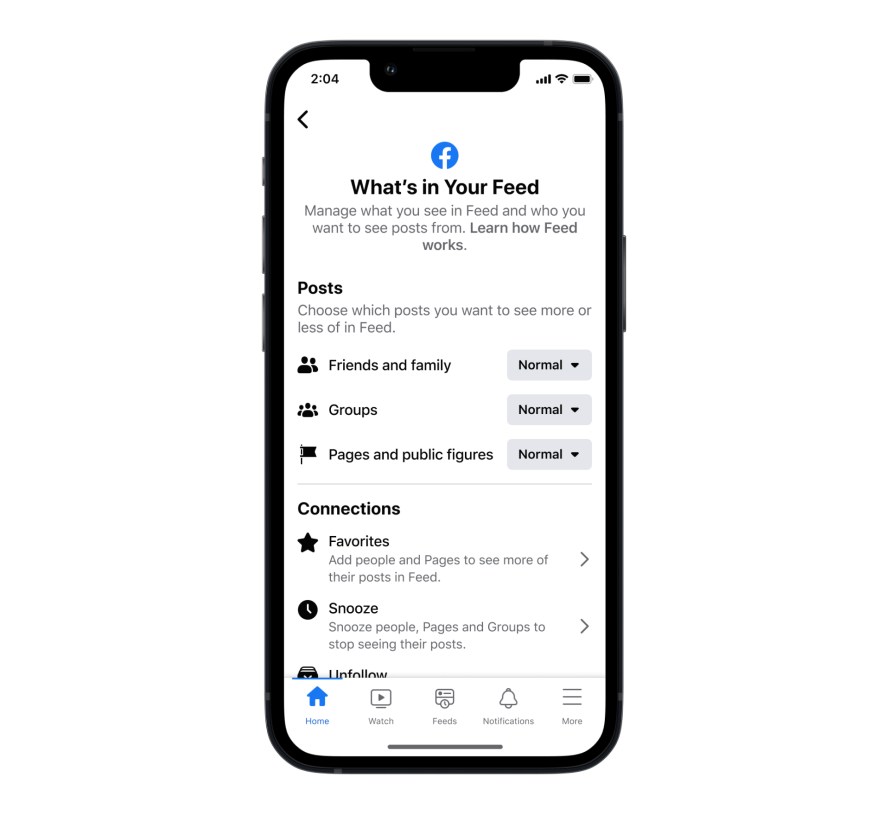 Facebook says by offering more ways to incorporate direct feedback into Feed ranking, they are making their artificial intelligence systems smarter and more responsive and are helping users discover more of the content that’s valuable to them, so users can see more of what they want to see and less of what they don’t.