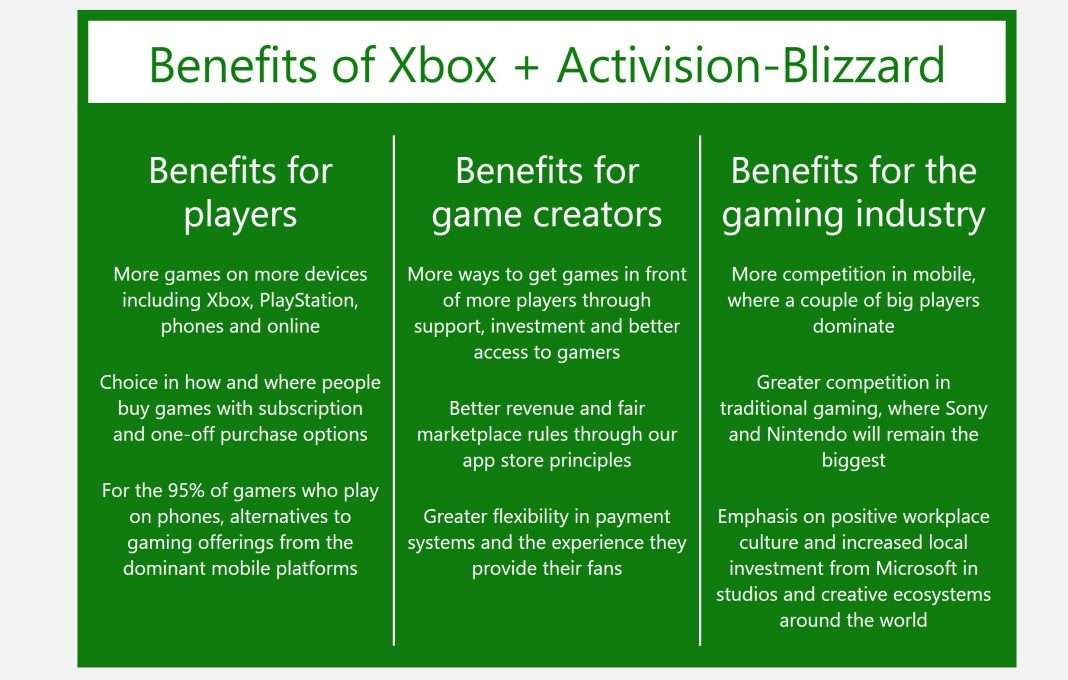 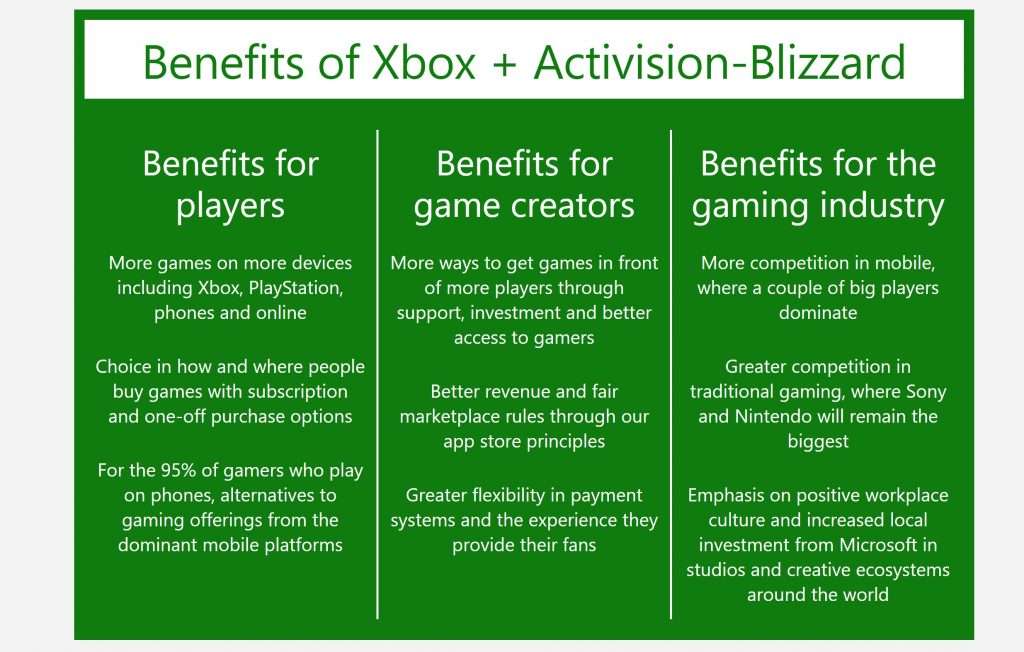 In January 2022 Microsoft announced that it was planning to purchase Activision Blizzard for $68.7 billion dollars. The deal has been under review by regulators since then, and recently the British Competition and Markets Authority (CMA) expressed concern that the deal could substantially lessen competition in gaming consoles, multi-game subscription services, and cloud gaming services (game streaming).

Microsoft has now launched a dedicated website to explain its stand regarding the proposed Activision Blizzard acquisition. This new page has links to Microsoft vision for gaming, commitments to gaming, quotes from Microsoft CEO and Vice Chair, and more. Microsoft has shared more on the industry and how its acquisition of Activision-Blizzard fits into its gaming strategy.

Players and developers are at the center of Xbox. We want to enable people to play games anywhere, anytime and on any device. And developers deserve more options to build, distribute and monetize their groundbreaking games. When we do this, we all win.

Microsoft recently said that it will continue to engage with regulators with a spirit of transparency and openness as they review this acquisition.