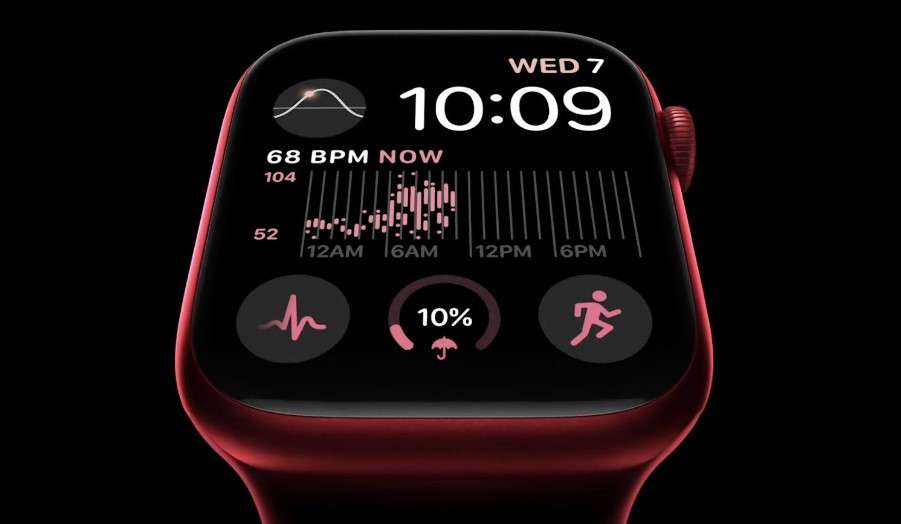 Apple Watch Series 8 supports temperature sensing with a two-sensor design — one sensor on the back of the watch, nearest the skin, and another just under the display — reducing bias from the outside environment. The sensors in Apple Watch Series 8 sample the wrist temperature during sleep every five seconds and measure changes as small as 0.1° C.

To enable Crash Detection, Apple developed an advanced sensor-fusion algorithm that leverages a new, more powerful gyroscope and accelerometer on Apple Watch, which now has the highest dynamic range accelerometer in any smartwatch

Apple is also announcing support for international roaming support in Apple Watch Series 8 in several countries around the world.