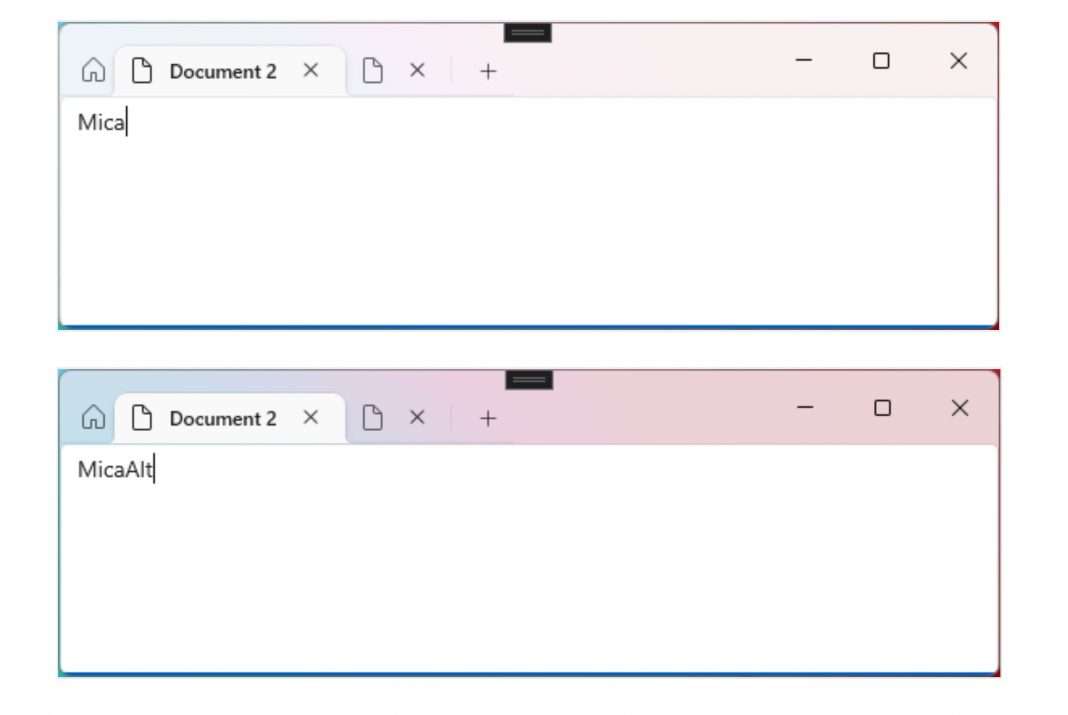 Mica can incorporate theme and desktop wallpaper to paint the background of windows such as apps and settings. Mica can create visual hierarchy, aiding productivity, by increasing clarity about which window is in focus. Also, Mica material can automatically adapt their appearance for a wide variety of devices and contexts.

Microsoft has recently introduced a new variant of Mica called Mica Alt. Mica Alt provides stronger tinting of the user’s desktop background color. Developers can use Mica Alt to provide a deeper visual hierarchy than Mica. Microsoft recommends using Mica Alt when creating an app with a tabbed title bar. The above images show the difference between Mica and Mica Alt in a title bar with tabs.

Microsoft recommends developers to APPLY Mica or Mica Alt as the base layer of their app, and prioritize visibility in the title bar area.

Mica Alt is available for apps that use Windows App SDK 1.1 or higher, while running on Windows 11 version 22000 or later.