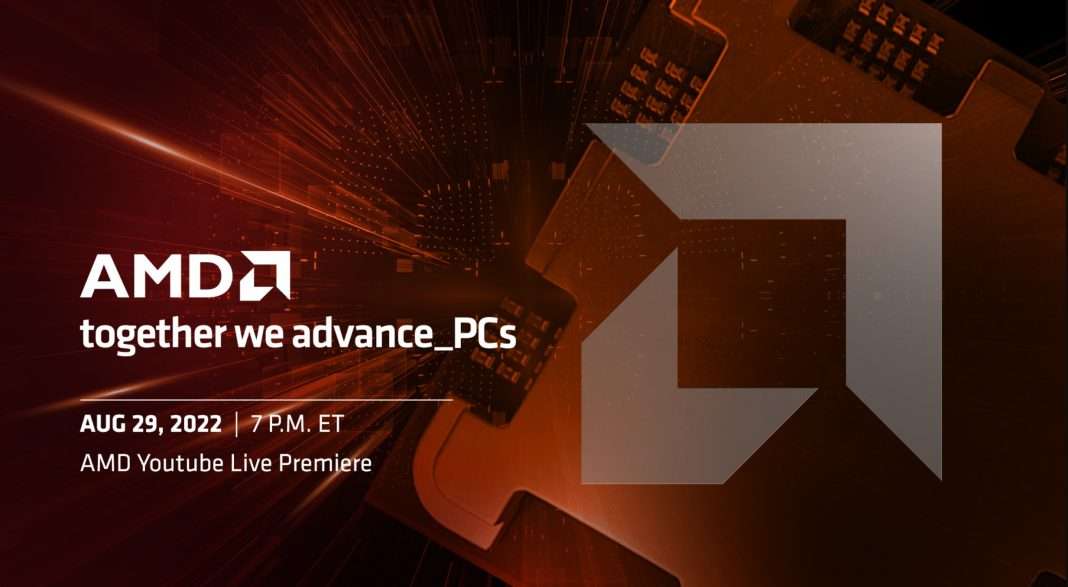 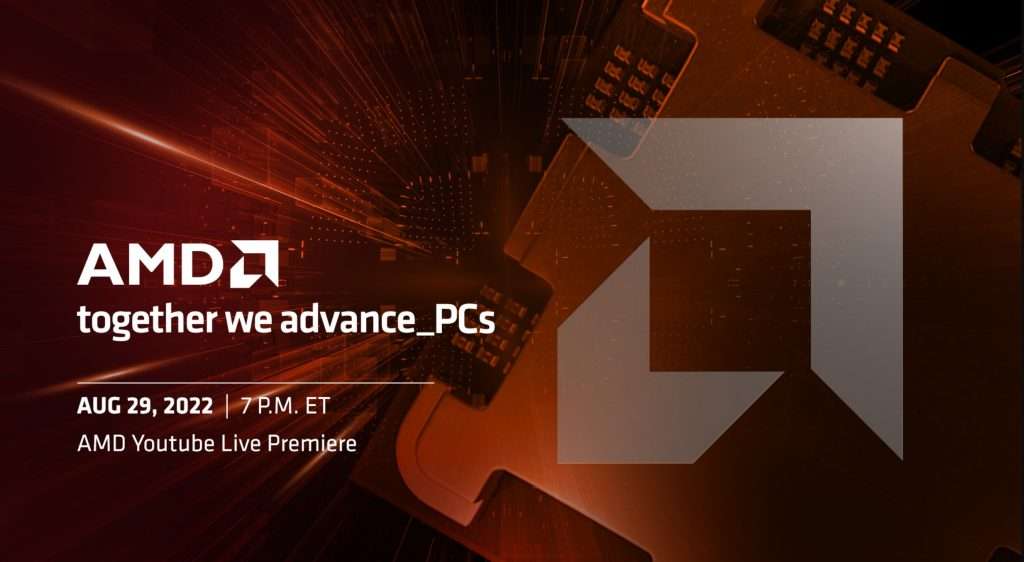 AMD today announced “together we advance_PCs” livestream event during which it will reveal the next generation AMD PC products. AMD will announce details on the latest “Zen 4” architecture that powers upcoming AMD Ryzen desktop processors and the all new AM5 platform built around the latest technologies including DDR5 and PCIe5.

According to various leaks, the next generation Ryzen desktop processors will be marketed as Ryzen 7000 series. The flagship AMD Ryzen 9 7950X processor is expected to reach frequencies of up to 5.7 GHz with 16 cores, 32 threads, and 80MB of total cache to deliver improved performance over its predecessors. During the last event, AMD mentioned that Ryzen 7000 series will deliver 15% increased single thread performance, 1MB per Core L2 cache and AI Acceleration.

You can watch AMD’s livestream at 7 p.m. ET on Monday, August 29, on the AMD YouTube channel.