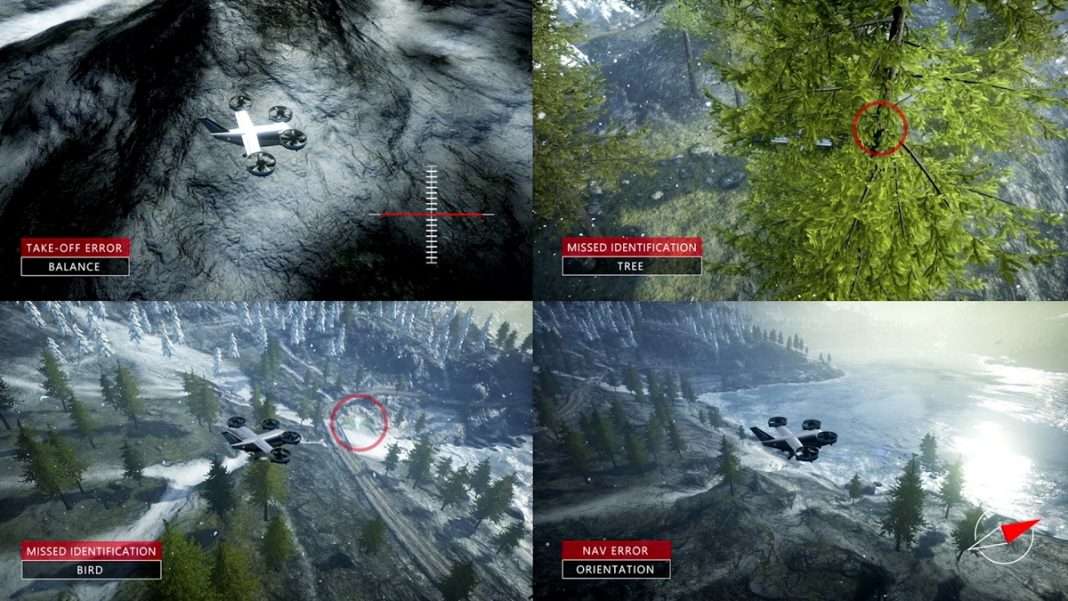 In these realistic environments, AI models can run through millions of flights in seconds, learning how to react to countless variables much like they would in the physical world: How would the vehicle fly in rain, sleet or snow? How would strong winds or high temperatures affect battery life? Can the drone’s camera see a turbine’s arms on an overcast day just as well as a clear one?

Project AirSim uses the power of Azure to generate massive amounts of data for training AI models on exactly which actions to take at each phase of flight, from takeoff to cruising to landing. It will also offer libraries of simulated 3D environments representing diverse urban and rural landscapes as well as a suite of sophisticated pretrained AI models to help accelerate autonomy in aerial infrastructure inspection, last-mile delivery and urban air mobility.

It arrives as advances in AI, computing and sensor technology are beginning to transform how we move people and goods, said Gurdeep Pall, Microsoft corporate vice president for Business Incubations in Technology & Research. And this isn’t just happening in remote areas home to wind farms; with urban density on the rise, gridlocked roads and highways simply can’t cut it as the quickest way to get from Point A to Point B. Instead, businesses will look to the skies and autonomous aircraft.

“Autonomous systems will transform many industries and enable many aerial scenarios, from the last-mile delivery of goods in congested cities to the inspection of downed power lines from 1,000 miles away,” Pall said. “But first we must safely train these systems in a realistic, virtualized world. Project AirSim is a critical tool that lets us bridge the world of bits and the world of atoms, and it shows the power of the industrial metaverse – the virtual worlds where businesses will build, test and hone solutions and then bring them into the real world.”

With Project AirSim, developers will be able to access pretrained AI building blocks, including advanced models for detecting and avoiding obstacles and executing precision landings. These out-of-the-box capabilities eliminate the need for deep machine learning expertise, helping expand the universe of people who can start training autonomous aircraft, Malhi said.

Using data from Bing Maps and other providers, Project AirSim customers will also be able to create millions of detailed 3D environments and also access a library of specific locations, like New York City or London, or generic spaces, like an airport.

Microsoft is also working closely with industry partners to extend accurate simulation to weather, physics and – crucially – the sensors an autonomous machine uses to “see” the world. A collaboration with Ansys leverages their high-fidelity physics-based sensor simulations to enable customers with rich ground truth information for autonomous vehicles. Meanwhile, Microsoft and MathWorks are working together so customers can bring their own physics models to the AirSim platform using Simulink.

As simulated flights occur, huge volumes of data get generated. Developers capture all that data and use it to train AI models through various machine learning methods.

Gathering this data is impossible to do in the real world, where you can’t afford to make millions of mistakes, said Matt Holvey, director of intelligent systems at Bell, which also participated in Project AirSim’s early access program.

The Project AirSim team is also actively engaged with standards bodies, civil aviation and regulatory agencies in shaping the necessary standards and means of compliance to accelerate this industry.

Microsoft also plans to work with global civil aviation regulators on how Project AirSim might help with the certification of safe autonomous systems, Pall said, potentially creating scenarios inside AirSim that an autonomous vehicle must successfully navigate. In one case there is blinding rain, in one case deep winds, in one case it loses GPS connectivity. If the vehicle can still get from Point A to Point B every time, Pall said, that could be an important step toward certification.

“AirSim allowed us to get a true understanding of what to expect before we flew in the real world,” Bell’s Holvey said. “It’s going to be one of the tools that will accelerate the timeline for scaling aerial mobility. If we have to test and validate everything by hand, or in a physical lab, or on a flying aircraft, we’re talking about decades, and it’s going to cost billions. But Project AirSim pulls that forward through high-fidelity simulation.”

“A ton of data gets generated when an aircraft flies through space in Project AirSim,” said Kapoor, now general manager of Microsoft’s autonomous systems research group. “Our ability to capture that data and translate it into autonomy is going to significantly change the landscape of aviation. And because of that we are going to see many more vehicles in the sky, helping to monitor farms, inspect critical infrastructure and transport goods and people to the remotest of places.”