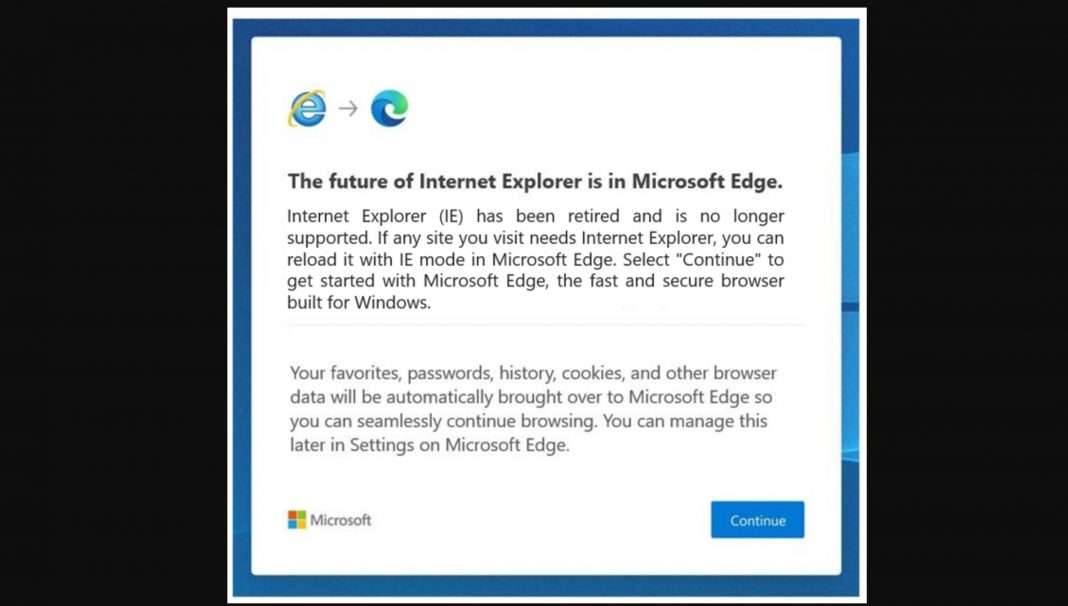 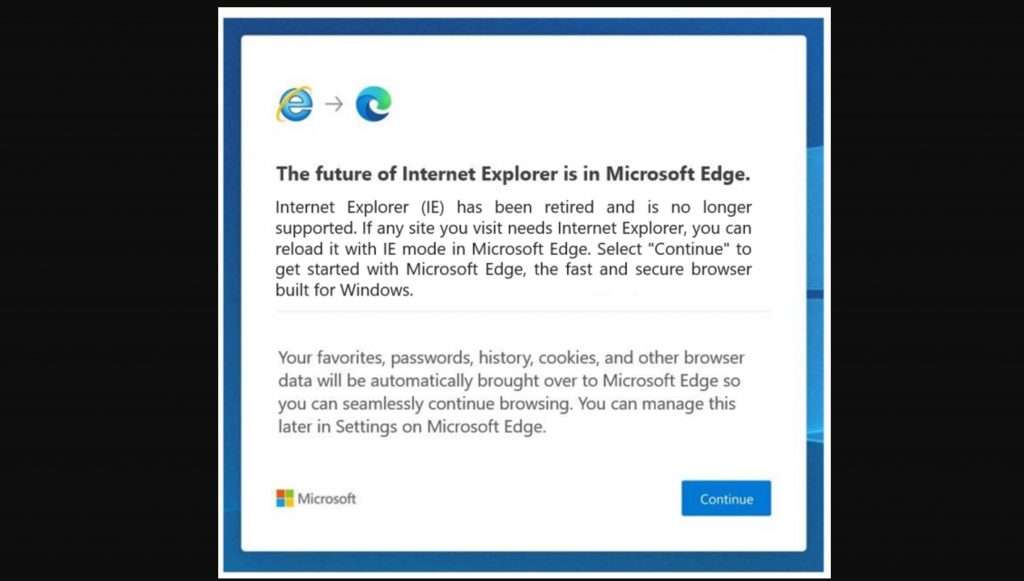 Because of IE end of support, here’s what will happen over the next few months:

Microsoft also allows users to import favorites, passwords and settings from Internet Explorer to Microsoft Edge. Also, the end of support is only for consumers who use IE web browser. Developers who rely on the MSHTML (Trident) platform and COM controls on Windows will continue to be supported on all Windows platforms.

There are some exceptions to the above IE retirement news:

On the above platforms, Microsoft will continue to support Internet Explorer.

If you have ever used IE to explore the internet, we want to share our deepest thanks for being a part of this journey with us – Microsoft