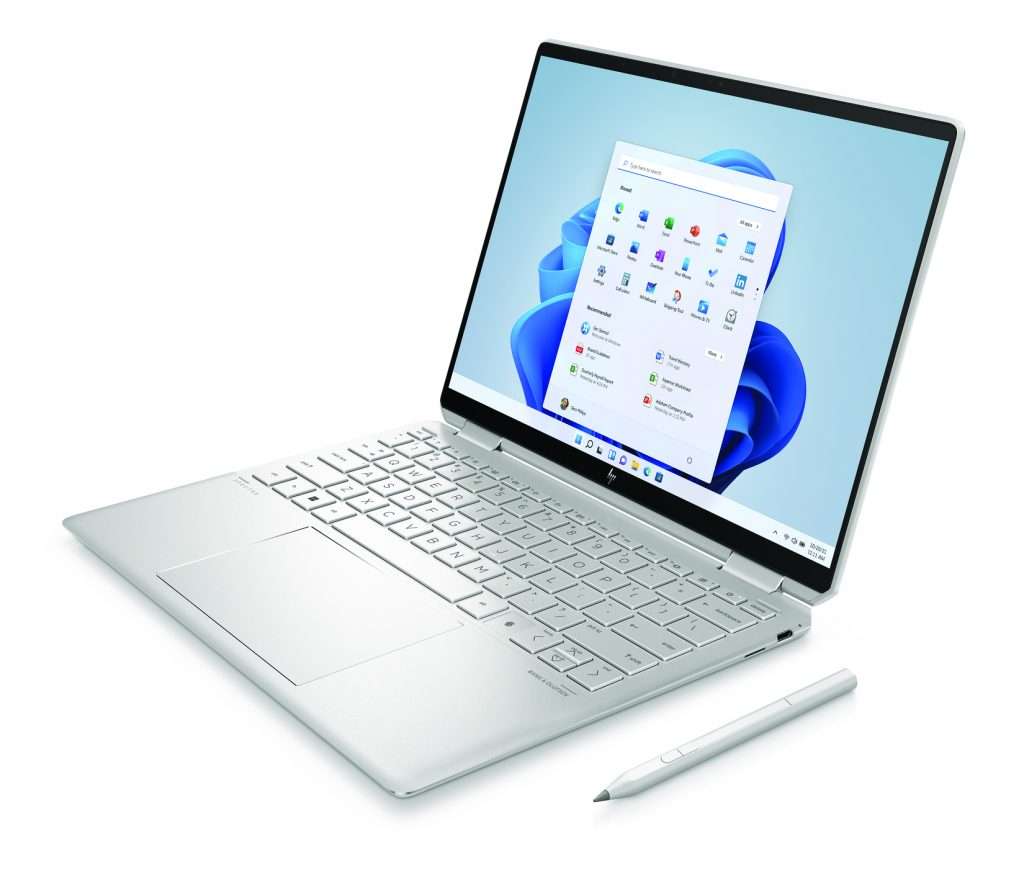 On the Windows blog, HP has announced a new generation of Windows 11 laptops.

The HP Spectre x360 13.5-inch 2-in-1 laptop is built for working in a hybrid environment, while the HP OMEN 16 is the most thermally advanced gaming laptop ever.

The HP Spectre x360 PC has the latest in audio and visual advancements, as well as a touch display that will be familiar to smartphone users. When your Windows 11 PC comes with a touchscreen, you’ll be able to take notes or sketch with an optional digital pen and use multi-finger gestures, pinch-to-zoom, double tap, and press and hold for quicker navigation – and to create and easily manipulate drawings and other content. The digital pen, touchscreen and voice typing capabilities of Windows 11 make it easier to work the way you prefer with features such as Snap Assist and multiple desktops.

When you collaborate with others or do pitches on-screen, you’ll do it with a 5MP IR intelligent camera for picture-perfect clarity. Backlight Adjustment autocorrects video images in any environment where you may be taking a call, while bi-directional AI noise reduction, directional beamforming mics and quad speakers complete a superior sound experience for your calls and chats on Microsoft Teams.

Engineered on the Intel Evo platform with up to 12th Gen Intel Core Processors [3], the Spectre x360 is expected to be available May 19 at HP.com for a starting price of $1,249.99.

HP’s OMEN 16 is the latest addition to the OMEN ecosystem. This Windows 11 PC laptop runs cooler thanks to an added fourth thermal exhaust port and fifth heat pipe, as well as 5% quieter compared to its previous generation, so gamers can stay fully immersed in their favorite titles.

The newest titles come to life with up to an NVIDIA GeForce RTX 3070 Ti Laptop GPU and the latest MAX Q technologies or AMD Ryzen RX 6650M. Clear levels faster than ever with up to an Intel Core i9-12900H series processor or AMD Ryzen 9 6900HX Mobile Processors. Avoid untimely memory bottlenecks with up to 32GB DDR5 4800 MHz and take advantage of speedy access to vital files with up to 2TB PCIe Gen4x4 SSD.

Action on the screen flows across the up to QHD 165Hz IPS panel with 3ms response time and 100% sRGB. Experience low blue light with Eyesafe display certification by TÜVRheinlan and an auto brightness sensor that work to keep eyes fresh while playing for extended periods [6].

The OMEN 16 is expected to be available by this summer via HP.com and at Best Buy for a starting price of $1199.99.

If you’re new to gaming, check out the newest addition to HP’s gaming-on-the-go lineup: the Victus 15 Windows 11 laptop. Victus introduces gamers to an accessible but elevated gaming experience built with OMEN’s DNA. As the second entry in the Victus line of laptops, the Victus 15 features three color options (mica silver, performance blue and ceramic white), all with a standard backlit keyboard printed with the distinctive font found on OMEN devices.

You can multitask between gaming, surfing, editing and more with this 15-inch display. Visuals have never moved quicker with graphics powered by up to an NVIDIA GeForce RTX 3050 Ti Laptop GPU with 2nd generation ray tracing power or AMD Radeon RX 6500M. Gameplay options include up to an Intel Core i7-12700H processor or AMD Ryzen 7 5800H Mobile Processors along with up to 16 GB DDR4-3200 MHz memory.

The Victus 15 is expected to be available by this summer via HP.com and other retailers for a starting price of $799.99.

Find out more about HP’s consumer and gaming PCs.