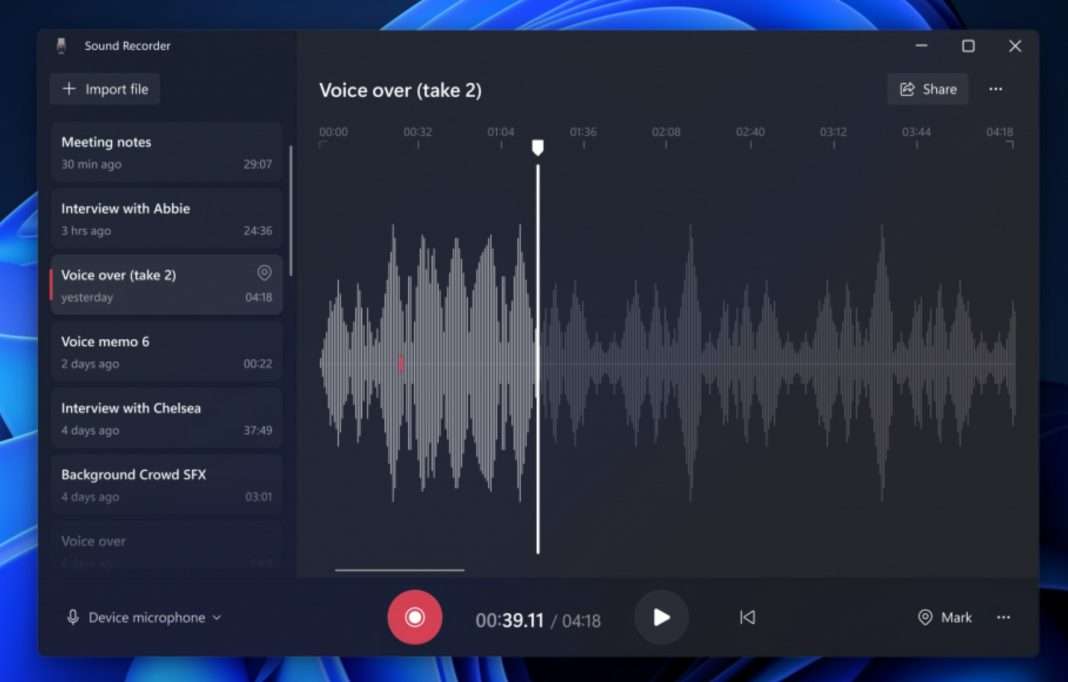 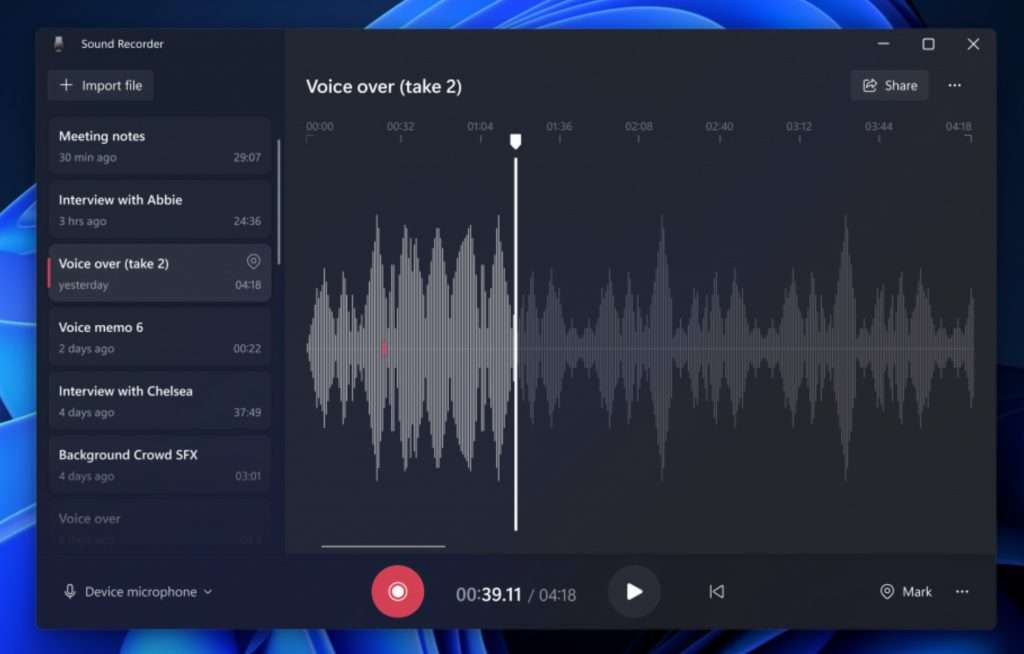 As you can see in the screenshot above, this new Sound Recorder app comes with a new visualization for audio during recording and playback. Based on the user feedback, Microsoft has also added support for changing the recording device and file format from within the app.

You can now download this preview of the new Sound Recorder for Windows 11 with Dev Channel Windows Insider build.