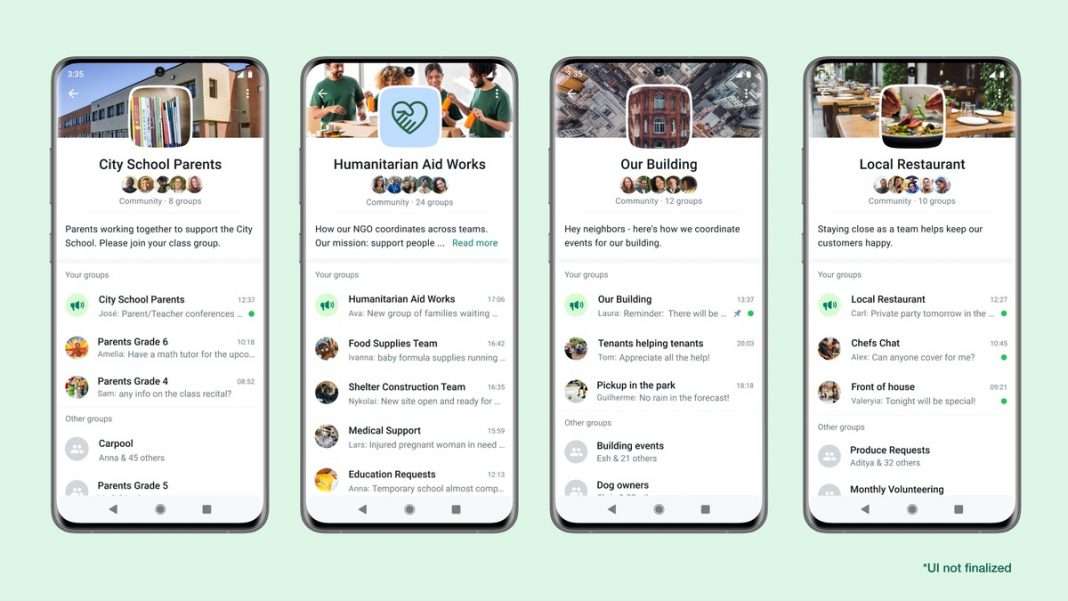 Today WhatsApp announced Communities, a way for people with common interests to gather on the chat network similar to a Facebook group or traditional forum.

Communities will consist of a collection of groups, and will feature a description and a menu of groups that people can choose to join. 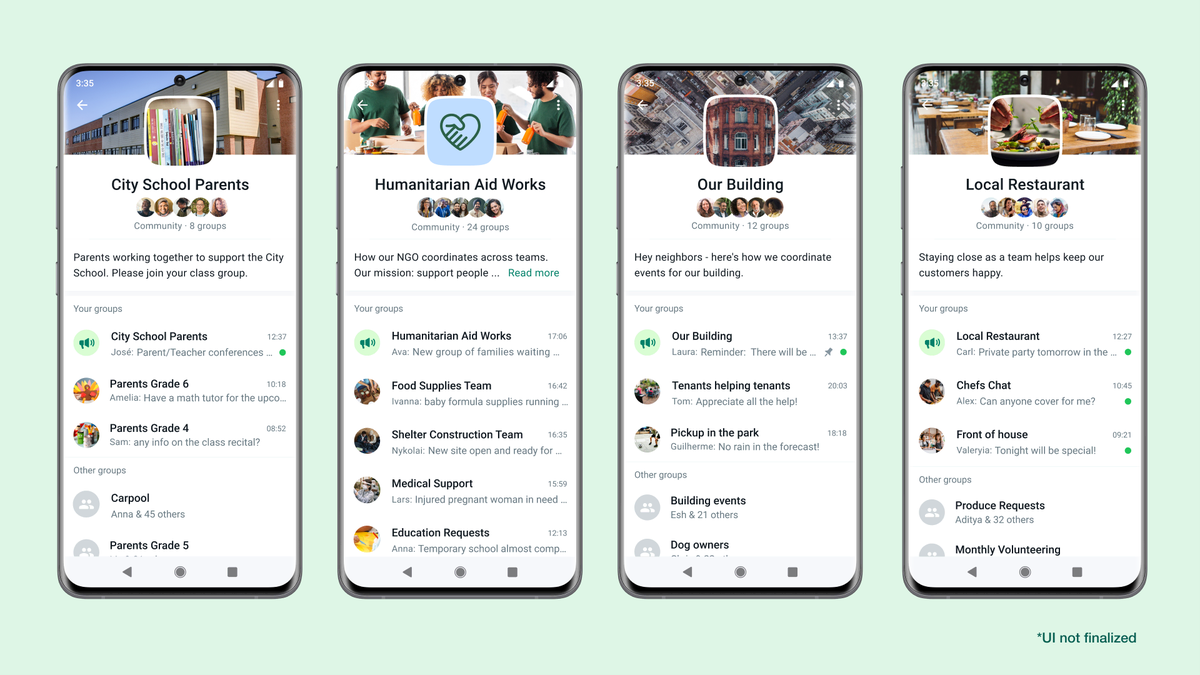 Communities will have admins, who are responsible for creating and managing Communities on WhatsApp. They can choose which groups become part of their Community by forming new groups or by linking pre-existing groups. Community admins will also have the ability to unlink groups from the Community and remove individual members from the Community entirely. In addition, group admins will be able to delete inappropriate or abusive chats or media for all members of a group.

WhatsApp is keeping groups private, even from themselves, and WhatsApp users will not be able to search for Communities. To reduce the spread of potentially harmful misinformation, messages which have already been forwarded will only be able to be forwarded to one group at a time, rather than five, which is today’s forward limit.

To limit noise and overload, only Community admins will be able to send messages to all Community members – this is called the announcement group for the community. WhatsApp is also limiting the size of groups to prevent abuse, but may increase this in time.

Only the members of the respective groups can see them and no one else. To help protect user privacy, user phone number will be hidden from the Community at large and only be visible to Community admins and others in the same group as you. This will help prevent unwanted contact and will also reduce the risk of scraping people’s phone numbers.

Users will also be able to easily report abuse, block accounts, and leave Communities they no longer want to be a part of. WhatsApp also adding the ability to silently leave a group, so everyone in a group is not notified in case people decide the conversation is no longer for them.

Because Communities are end to end encrypted, WhatsApp will rely on all available unencrypted information including the Community name, description, and user reports to take appropriate action. WhatsApp is encouraging users to report problematic Communities and messages to them directly.

When WhatsApp detects abuse it will ban individual Community members or admins, disband a Community, or ban all members of a Community.

WhatsApp says they will continue to build support for Communities in the months and years to come and will continue to listen closely to feedback from users about how they can help people connect privately, safely, and securely.