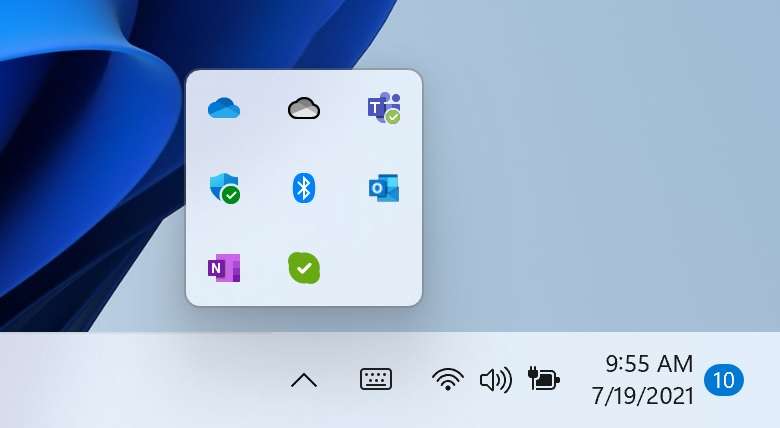 Microsoft has caught much flak for features missing from the Windows 11 taskbar and start menu, resulting in Microsoft making some effort to re-implement the legacy features such as drag and drop rapidly in the new OS.

“We’ll be continuing to monitor this feedback, but with the updates we made for the new tablet-optimized taskbar in Build 22563, we’re no longer supporting dragging icons in the system tray or between the system tray and the show hidden icons flyout,” Microsoft officials said.

The change, which was initially thought to be a bug, means that users can no longer re-order the icons in the system tray with their mouse. The change was part of optimising Windows 11 for tablet use, but also affects the desktop mode of the OS.

The change, which was first seen in Build 22563, it is is expected to roll out to Windows 11 users as part of the Windows 11 22H2 update later this year.