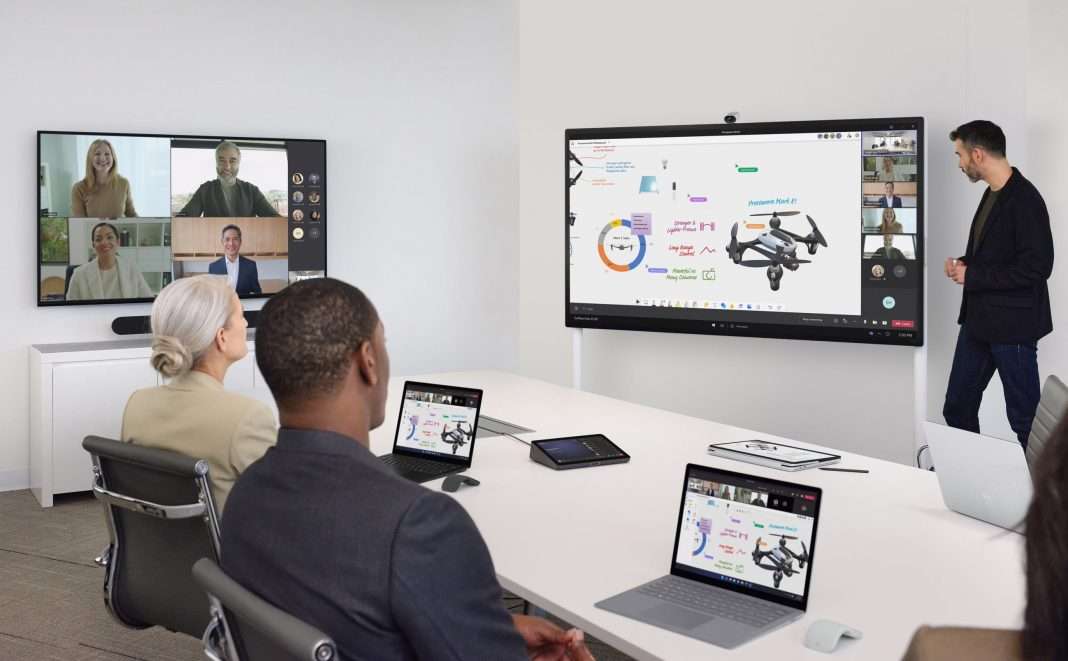 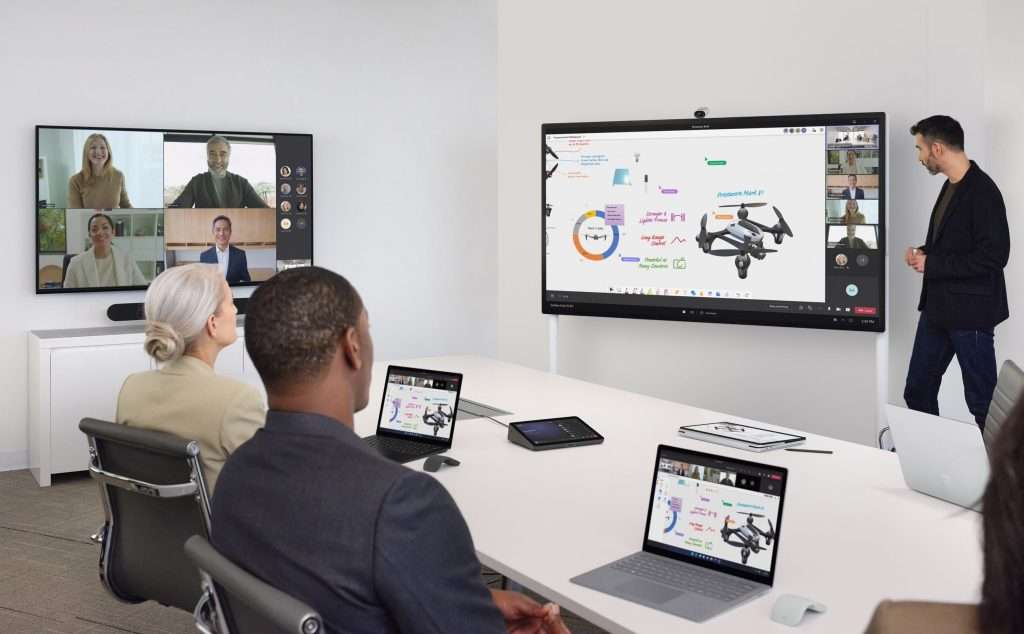 In order to support the emerging hybrid work scenarios, Microsoft today announced several new features and improvements across its Microsoft 365 portfolio. Read about them below.

The upcoming Outlook feature will allow you to indicate whether you’ll attend a meeting in person or remotely. Afterall, not many people want to commute into an empty office.

Front Row is a new meeting layout in Teams. In Front Row mode, the video gallery appears at the bottom of the screen so in-room participants can see remote colleagues face-to-face more naturally. Front row feature is already available in preview, later this year it will be released with new improvements.

When you join a meeting in Teams Rooms with your personal device, your audio will be automatically turned off to avoid feedback. With the upcoming update, you’ll be prompted to turn your laptop video on so you can be clearly seen by remote participants no matter where you are in the room. Also, your video will be hidden from the front-of-room screen as well as from the gallery of people joining from companion devices in the room. These improvements will be available in the second quarter of 2022.

Microsoft is combining the already announced Cameo and Recording Studio to give you the ability to create and produce your presentations, decide how and where you want your video to appear on your slides with cameo, and then record yourself speaking to any slide with recording studio. This combined experience will be available in the second quarter of 2022.

The new Language Interpretation feature will allow live interpreters to convert what the speaker says into another language in near real time. The meeting organizer can assign interpreters from their participant list and select up to 16 source and target language combinations, while attendees will hear the translation with the original audio playing at a lower volume in the background. This feature will be generally available in the second quarter of 2022.

With a one SIM-enabled mobile number for Teams, you can uplift native mobile calls to Teams and stay connected with unified presence, call history, and voicemail.

With vibrant and fun styling, over 1800 3D emojis can bring expression and playfulness into messages.

The new Inspiration library in the Viva Insights app in Teams will help customers turn insights into action with access to thought leadership and best practices from Harvard Business Review, Thrive, and Microsoft.