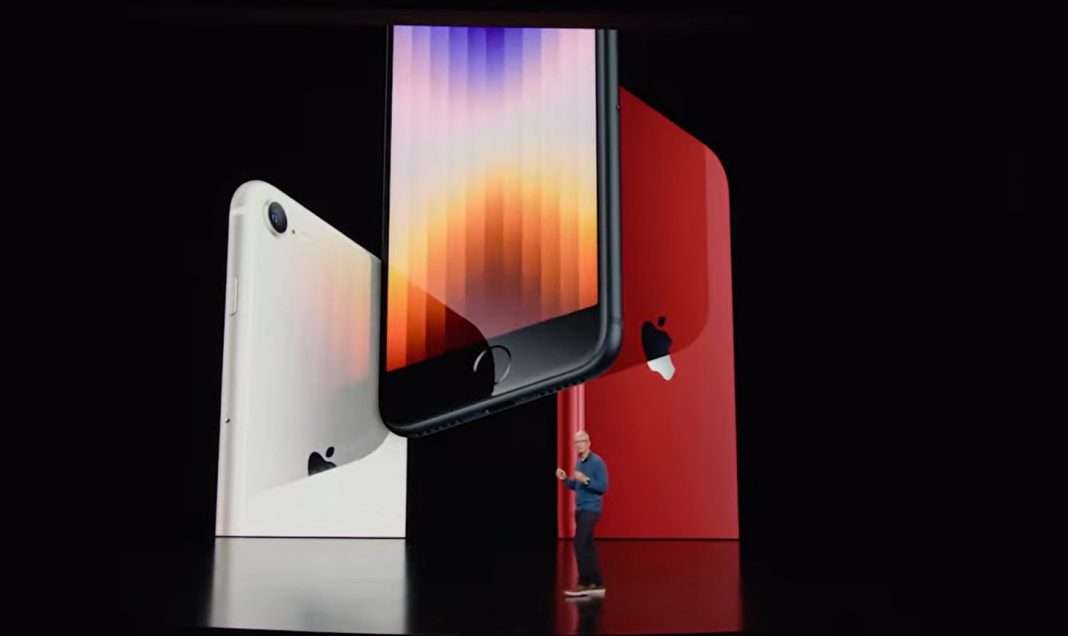 Apple just held their first Apple Event of 2022, and the event was chock-full of new announcements, the most thrilling likely being the new Apple M1 Ultra SoC.

Here however are the products in the order Apple announced them:

Likely the least significant announcement, Apple announced that the company will be bringing new shows to Apple TV+ and will also be delivering new Friday Night Baseball every week, with 2 exclusive games each Friday.

Apple also announced that the iPhone 15 will now be available in Green and the iPhone 15 Pro in Alpine Green, starting March 18th.

Apple announced a new iPhone SE for 2022, featuring 3 colours, a 4.7-inch retina display, Touch ID, glass back and IP67-certified water and dust resistance, all powered by the A15 processor.

Apple says the new A15 processor will enable many new features for Apple’s cheapest handset, including advanced machine learning features such as Deep Fusion.

The handset also features 5G, better battery life, a 12-megapixel camera, HD selfie camera and iOS 15, and will be available starting at $429

The new iPad Air 2022 is now powered by the Apple M1 chip, features a 12-megapixel ultra-wide-angle camera with centre stage support, 5G and has a faster USB-C port.

It is compatible with Apple’s smart keyboard folio and magic keyboard, supports Apple Pencil 2nd Generation and will be available in multole colours.

Apple is offering the tablet in 64 GB and 256 GB options with both 5G cellular or WIFI, and it will be available from March 18th starting at $599.

Likely the star of the show, the M1 Ultra SoC is two M1 Max chips connected via a proprietary Ultra-Fusion connector with 2.5 TB/Sec bandwidth.

This combined chip has 114 billion transistors, up to 128 GB of unified memory and is faster in many tasks than Intel’s leading desktop processors.

The Mac Studio is a brand-new product line for Apple. The compact performance desktop is a 7 inch cube extruded from a single block of aluminium.

It features 4 thunderbolt 4 ports, a 10 GB Ethernet port, 2 USB A ports, HDMI and Pro Audio jack in the back, and in the front 2 USB-C front two 10 GB/sec USB-C ports with Thunderbolt 4 support and a SD card slot.
It also supports WIFI 6 and Bluetooth 5 and can power up to 4 displays.

A great PC deserves a great monitor. Announced along with the Apple Studio, the Studio display features a 27 inch 5K screen, 6 high-fidelity speakers with spacial audio, a centre-stage camera and a Thunderbolt port that can deliver 94W of power, meaning it can fast-charge most Macs.

Apple is also releasing a magic mouse, keyboard and trackpad in a new silver-black colour scheme to match the ensemble.

The new Studio display will retail for $1599 and will be available from the 18th of March.