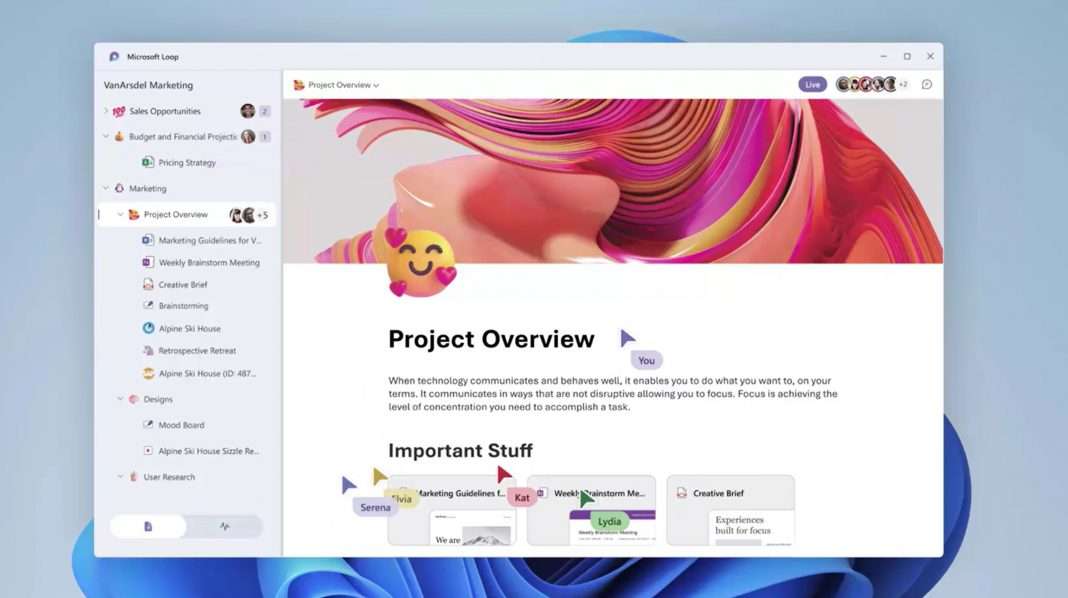 Microsoft Loop is a new Office 365 app Microsoft announced in November 2021. The collaboration app uses Microsoft’s Fluid Framework, which features live components which can be embedded in many other Microsoft apps.

The tweet is in response to an invitation by Aleš Holeček, Corporate Vice President, Office Product Group, for the Loop User Group to try out the new features, saying:

“With Microsoft Loop, we’re trying to seamlessly bridge between the worlds of those who enjoy sit-in meetings to hash things out AND those that prefer asynchronous communication. We aim to give people a tool for the highly distributed and hybrid work environment – where people are dispersed through space and time zones and still want think, plan and create together.“

Microsoft touts the features of Microsft Loop as:

See Microsoft’s teaser video showing off the concept below:

With its concept of a blank canvas, OneNote may be the best home for Microsoft Loop, and we should see how it integrates in the very near future, according to Nath.