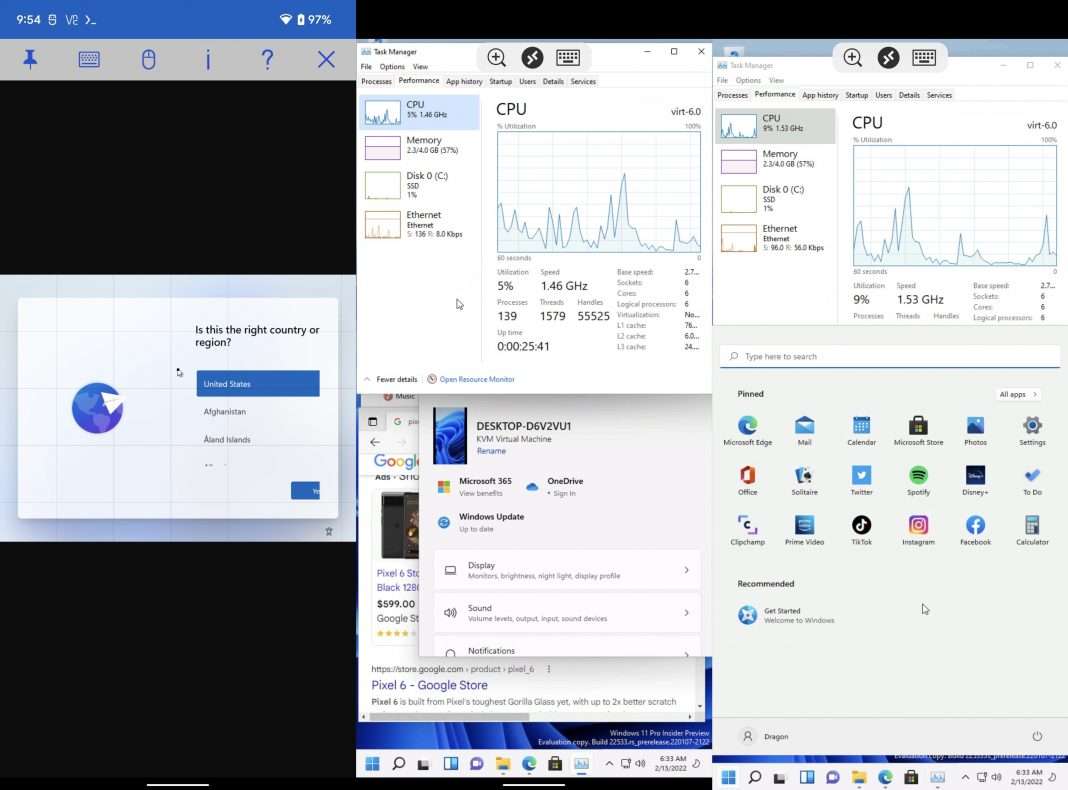 Developer kdrag0n also revealed that Pixel 6 was able to run a Windows 11 VM. Even though graphics acceleration was not working, he revealed that the Windows VM is actually really usable. He even played Doom game (connecting to the phone’s Windows VM from his computer for keyboard input). He used Windows on ARM build for this hack.

We think Google added full virtualization support in Android 13 to improve its security features. The ability to run VMs might not be officially supported by Google, but this is a great news for enthusiasts. Check out the Twitter thread above for screenshots of Pixel 6 running Windows 11 VM.