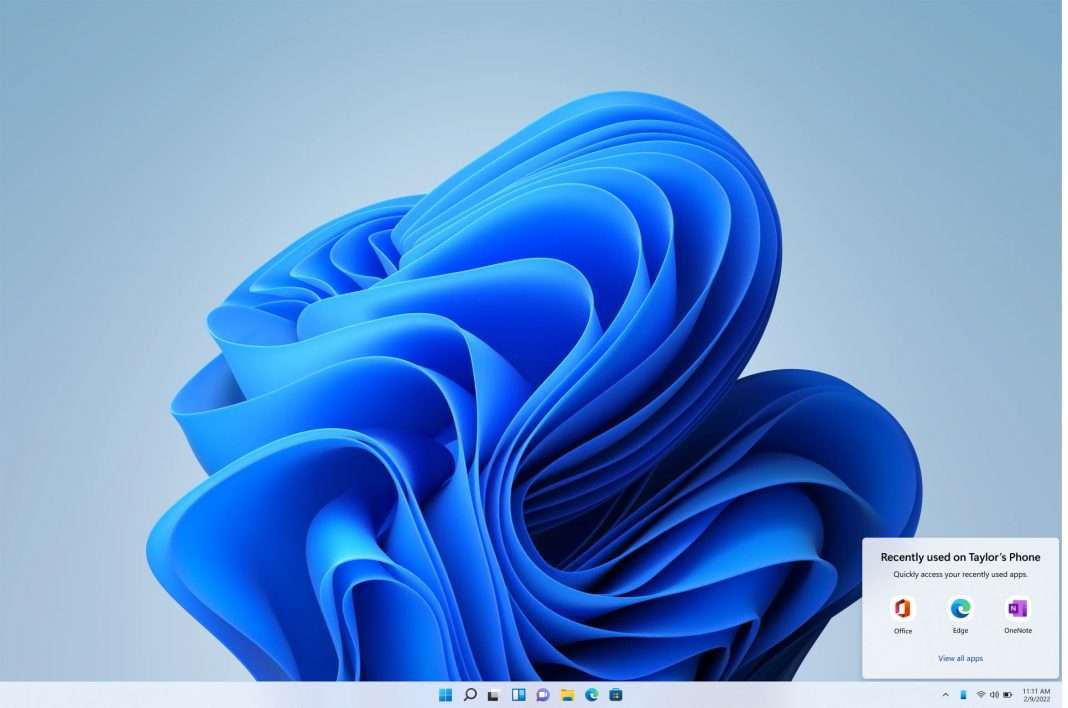 Microsoft has deepened their partnership with Samsung with a new feature for their Your Phone app which makes it easy to continue using an app on your PC which you recently used on your phone.

The feature would present you with a short list of your recently used apps in the system tray as a pop-up from the Your Phone app icon. Clicking on the icon will open the app on Your Phone’s remoting feature, allowing you to seamlessly continue your work on your PC.

The feature is only available to Samsung handsets, with Microsoft’s Analy Otero Diaz saying it requires deeper OS integration with the smartphone which means it requires OEM support. Interestingly however the feature is not expected to be available to the Surface Duo either, which is of course a Microsoft handset.

It is currently available only to Windows Insiders.

This adds to a number of other features which are exclusive to Samsung handsets such as the ability to open multiple remote windows from your smartphone on your PC.

Microsoft’s Your Phone app has rapidly become the premier PC/Smartphone integration app, which Microsoft constantly adding features and functionality. It can be found in the Microsoft Store here.