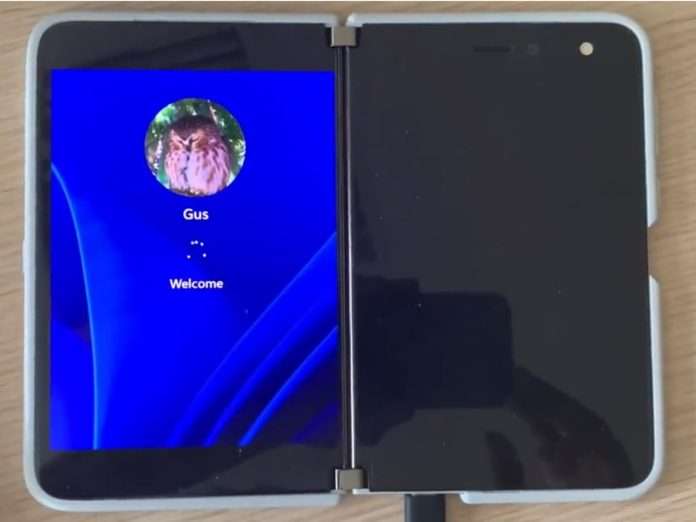 The Microsoft Surface Duo runs Android 11, but was originally intended to run a version of Windows.

Windows fans would not let the situation stand uncorrected however, and a new project is underway to run Windows 11 on ARM on the original Surface Duo.

Last night the lead hacker, Gustave Monce, hit a new milestone by being able to boot to the desktop on the handset.

At present the work is only a proof of concept, with not much, including touch, working. For experienced hackers such as Monce these are however merely obstacles to overcome.

Monce has promised to release the intermediate work to the wider hacking community once it is more functional, meaning we should see an acceleration of the project, and the original Surface Duo dream, come closer to fruition in the next few weeks.

The history of the Surface Duo

The dream of a dual-screen PC companion device started with the Courier concept of 2008 – a pen-based infinite journal that Microsoft formally cancelled in 2010.

The project appeared to see a revival in 2017, when Microsoft was working on a dual-screened smartphone code-named Andromeda that would also run the Windows-based Andromeda OS.

This project however ran into a number of issues, with Microsoft not being to meet performance targets, and eventually cancelled the effort in 2018, and switched to running Android on the same hardware, with the Surface Duo eventually being released in 2019.

While innovative that device has not really lived up to the promise of the gesture-based Andromeda OS, hence the effort to bring Windows back to the hardware.

Microsoft has since launched the Surface Duo 2 in 2021, but has reportedly decided not to release a Surface Duo 3 this year, bringing into question the commitment of the company to continue their smartphone experiment.