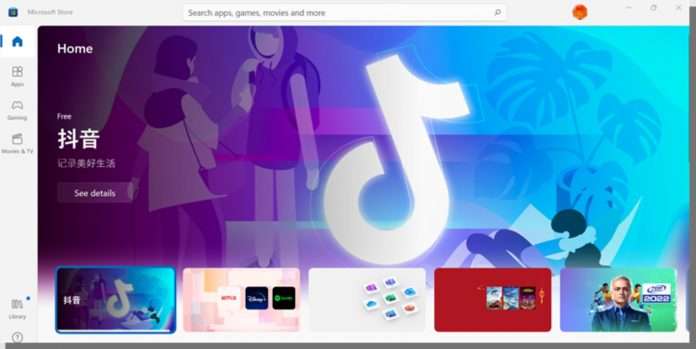 TikTok is a popular video-sharing social networking service from ByteDance. Right now, TikTok is the fastest growing social network in the market and Meta (formerly Facebook) is facing the heat for the first time in years. During the recent quarterly earnings results, Meta reported that it lost Daily Active Users for the first time in its history. TikTok is the main reason behind Facebook’s DAU loss.

Even though the brand TikTok is now synonymous around the world, the service is still being called as Douyin in China. Recently, Douyin released its official app for Windows PCs in Microsoft Store. Douyin now has 600 million monthly active users in China and this app release will help them in accessing the service from their Windows PCs.

You can download the Douyin app here from Microsoft Store for free.

Back in 2020, Microsoft considered purchasing TikTok in the US. After a conversation between Microsoft CEO Satya Nadella and then US President Donald J. Trump, Microsoft started discussions to explore a purchase of TikTok service in the United States, Canada, Australia, and New Zealand. However, in September 2020, ByteDance (the owner of TikTok) rejected Microsoft’s offer and went with Oracle. Later in 2021, ByteDance also scrapped the deal with Oracle.